Encryption is the method by which plaintext or any other type of data is converted from a readable form to an encoded version that can only be decoded by another entity if they have access to a decryption key. Encryption is one of the most important methods for providing data security, especially for end-to-end protection of data transmitted across networks.

Encryption is widely used on the internet to protect user information being sent between a browser and a server, including passwords, payment information and other personal information that should be considered private. Organisations and individuals also commonly use encryption to protect sensitive data stored on computers, servers and mobile devices like phones or tablets.

Unencrypted data, often referred to as plaintext, is encrypted using an encryption algorithm and an encryption key. This process generates ciphertext that can only be viewed in its original form if decrypted with the correct key. Decryption is simply the inverse of encryption, following the same steps but reversing the order in which the keys are applied. Today’s most widely used encryption algorithms fall into two categories: symmetric and asymmetric.

The primary purpose of encryption is to protect the confidentiality of digital data stored on computer systems or transmitted via the internet or any other computer network. A number of organizations and standards bodies either recommend or require sensitive data to be encrypted in order to prevent unauthorised third parties or threat actors from accessing the data. For example, the Payment Card Industry Data Security Standard requires merchants to encrypt customers’ payment card data when it is both stored at rest and transmitted across public networks.

Modern encryption algorithms also play a vital role in the security assurance of IT systems and communications as they can provide not only confidentiality, but also the following key elements of security:

Oakland Associates have a dedicated team to help your business with all types of Encryption and to make sure your data stays safe. 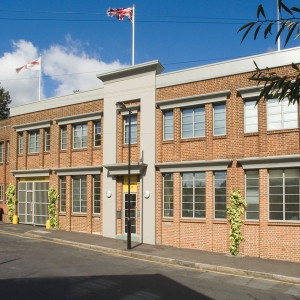